It has been a whirlwind the last 6 weeks and on my first day to sleep in (yesterday) I slept for 14 hours!

Yep, I've been tired. Between getting a new full-time job, finishing up freelance work, going to a three-day conference and then making a zine in a weekend for the two day Portland Zine Symposium - I have been WAY too busy for my taste or stamina. But, now things are calming down a bit and I'm ready for that.

I wanted to tell and show you my new zine. It's a collection of more house stories. I go through all of the many photos I have collected of just houses (no people in front or writing on the back, usually) and stare at them long enough till a story comes to me. 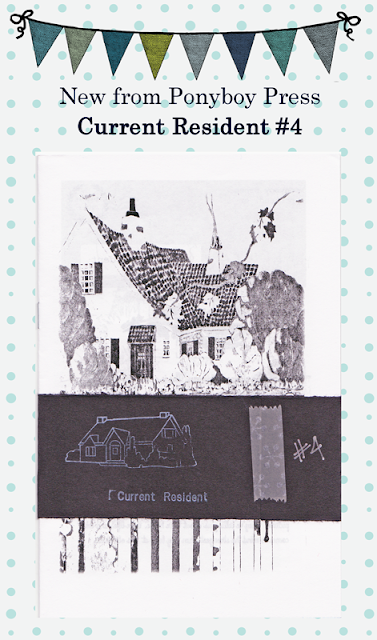 It's available in my Etsy shop right now.  Here is one of the fictions for you. There are 8 in the book. As I say in the intro, maybe I should call them "readings" instead of fictions. That's what it feels like when the stories come to me. 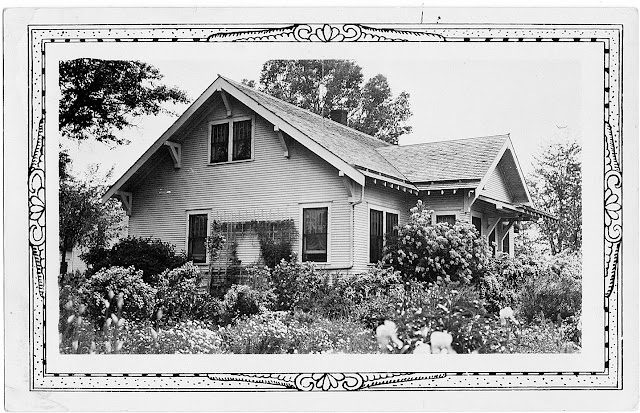 Boy, did my father love to garden. He spent hours after work and all day on the weekends out in his yard, babying each plant and bush. He took care of his plants in a way I'd never seen him take care of me or my baby sister. There was no yard for me and my buddies to play catch in. No yard for Sis to play Ring Around the Rosie. It was all blooms and bushes and it was overwhelmingly beautiful.

When he would come home from his unremarkable job at the shoe store he would change clothes and then drag Sis and me outside to see what had developed since that morning.  Standing among all those plants when they were blooming like in this picture - it smelled like fancy ladies perfume and ice cream sodas. Sometimes surrounded by all that pungent pollen my head would buzz in a uncomfortable way and I felt like I was turning into a bee.

My father would beam. My mother scoffed,  and she and her parents often made fun of his gardening.
If she had enjoyed the garden like he did or if she had loved his passion for it, life would have been easier. Growing up there would have been more like it looked from the outside - cheery, lovely, prolific.

Instead Mother resented it and I'm ashamed to say that my sister and I took our cues from Mother and her parents - which only made him spend even more time outside. One summer I helped him almost every afternoon for a month and he was a different man out there. He was joyous and silly. He reveled in the comments of neighbors walking by, flitting like a hummingbird from flower to flower, soaking in the way the plants responded to his touch.

I pulled away from helping after my mother called him a pansy once. She said he was like his garden. Grandpa nodded as if he had  come to the conclusion a long time ago. My father looked stung and I saw a slight movement back as if an invisible hand struck him but went through him instead of hitting him. He let out a "Huh" sound, barely heard over my mother's cackling. Then he downed his iced tea and went back outside. 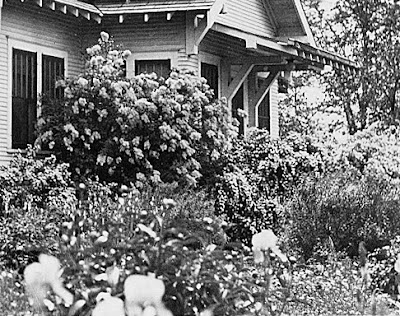 I could totally feel the "Huh" he let out. nice