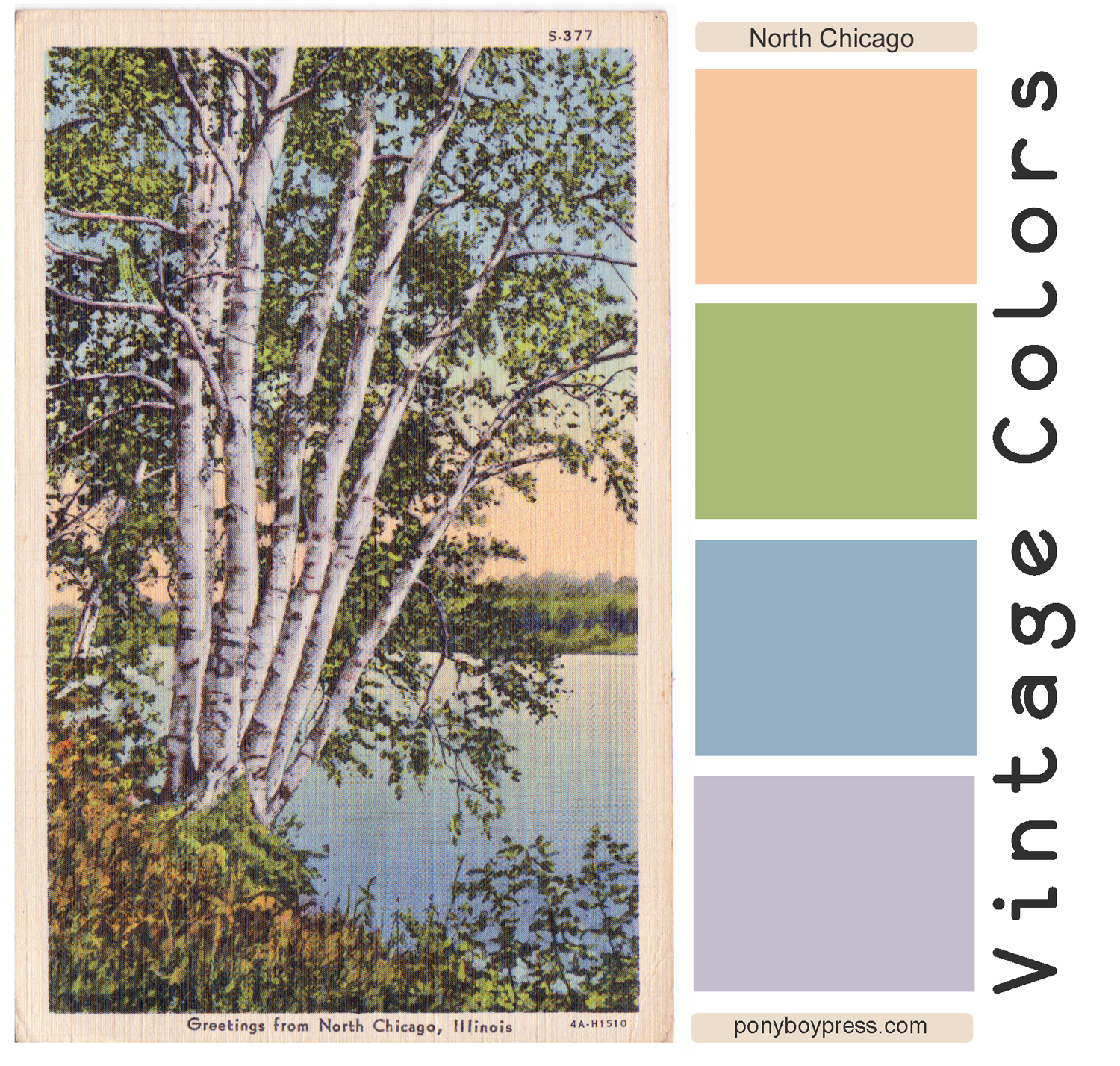 This is a pretty pastel palette from a postcard sent in 1948. The message on this postcard is a gem and just as great as the image. It's like a poem on it's own, as is. It was sent from Pennsylvania to Maryland on 3/31/48. It reads:

Congress has declared war on the termites. It will cost about $250 and the war will last two and a half days. Mom wants me to buy ten more chicks since she has to bother with a few. One went to chick heaven already. It's raining, but mom is washing the clothes. Erwin left a white shirt, the one with the book of chances. Anne called Andy yesterday, Dobby had pneumonia.
Love, Joe

Posted by PonyBoy Press at 5:11 PM