There's nothing I like more than a well done artistic project that comes wrapped in a beautiful package and contains a number of aesthetically pleasing (to me) items to create this one overall atmospheric theme. When it contains music, charming illustrations and zines - even better!

That is why I am such a fan of Frances Castle and the releases of Clay Pipe Music. Somehow I stumbled upon Castle's illustration blog and saw her posting about her new cd, The Hardy Tree. She posted some of the music and it was right up my alley - and something I have a hard time finding. I was immediately in love. I really enjoy some noise and fuzz mixed with melancholic melodies and pop. It seemed like the perfect winter afternoon cd. And it is (wish I could post a listen for you, but none are available that I could find). 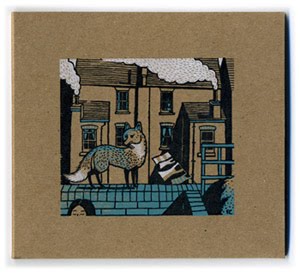 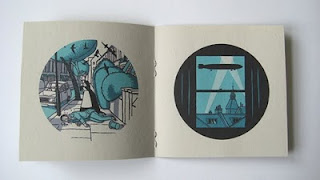 Clay Pipe Music, is a London based label run by Frances Castle. Set up as a way to release her own music, and music by like minded others - and to indulge  her passion  for design and illustration. Each release comes in hand crafted packaging in very limited quantities.

The packaging and the mini zine that came with the cd was so perfectly done and added so much to the overall package. I was very happy that I ordered it from England - especially after I saw that they had sold out (a second pressing is now available). 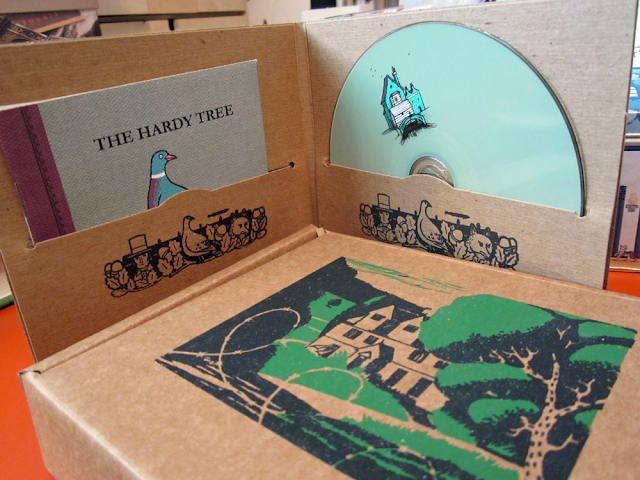 Then a few months ago Clay Pipe Music co-released a compilation project called Tyneham House (in box shown above) that featured music from various artists they've worked for before, but who remained anonymous. The music on this release may have been written beforehand, but all of it evokes the feelings of being at Tyneham House - a large house that was part of a now ghost village. Tyneham was once a thriving community, but was requisitioned by the British Government during WWII for training. The village remained in possession of the military long after the war and the town never recovered.

Again, what came was so beautiful, the box, the little color zine and a bonus cassette. 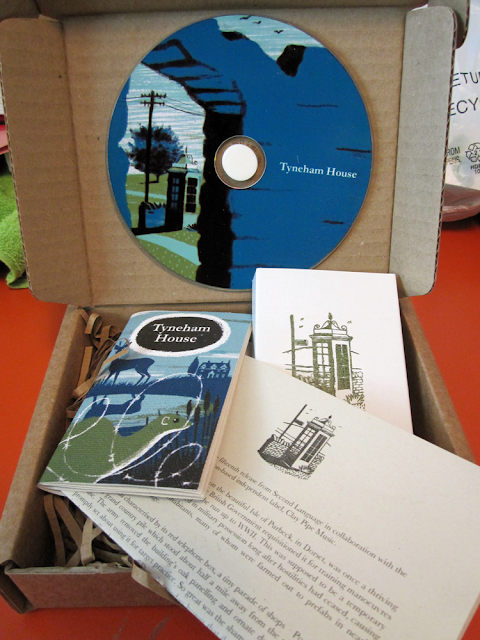 And the music is perfect. Beautiful, easy, pastoral and melancholic afternoon music. Most is instrumental, a couple have words. The ones with words especially conjure Nick Drake for me.

Here is one of the songs from the Tyneham House cd:

In the notes that came with the box it said that many of the musicians were influenced by the music of The Children's Film Foundation. This interests me quite a bit and has led me to some interesting you tube videos. Today I was watching this one hour show from the 70's from the CFF about time travel.

Overall, seeing projects this perfectly done overwhelms me with desire to create something like this. Although truthfully I don't know that I'm capable. However, it's enough to have examples of the kind of perfect little worlds I would create if I could.

Posted by PonyBoy Press at 4:23 PM