sifting through the years 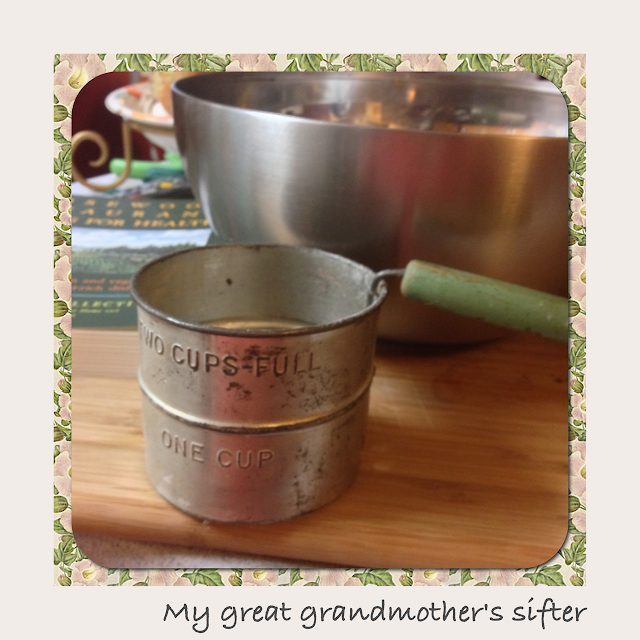 This is the sifter that I use every time I need to sift flour. It was given to my mother who told me that it was her grandmother's. 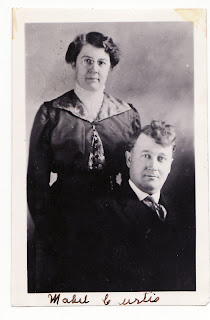 My mother was raised mostly by her grandmother. Her grandmother was Mabel Smith. A strong woman of Scottish descent who's ancestor's had been in America since before the Revolutionary War.


Mabel was running a boarding house in Kansas when she met her second husband, my great grandfather, who had been, among other things, a heavyweight boxer.

They were married for the rest of her life. I never met my great grandmother, she died the year I was born. But, I do remember Grandpa Pat, as he was called. He was a cantankerous old man, who was very large, ate bacon and eggs every day, smoked a pipe and lived to be 94.

I love using this sifter. I think about the history while I sift my flour and baking powder.

I imagine my grandmother (also named Mabel) using it to bake Christmas cookies for the family.

I imagine my mother, a young mom in the early 1960's making cakes for her two young daughters.

And now, almost 100 years later I am still using it. Shaking my wrist slightly back and forth in the same way they all did. Melding ingredients to make warm baked treats for the people I love.

Aw! I love this! I kind of want nothing more than to have my grandmother's rolling pin, but many of her things were lost and I was too young to know how special these things would be. <3